Kamakura Shirts A to Z of the Ivy Look

Written and illustrated by Graham Marsh

Welcome to the Kamakura Shirts A to Z of the Ivy Look Blog. It's a celebration of the clothing and accessories that define the Ivy Look in its broadest sense.

From 1955 to 1965 the East Coast Ivy League universities had a big sartorial influence on the American male dress code. Democratic, stylish and comfortable, the Ivy look was the height of cool, worn by presidents and hipsters alike. Members of the Ivy fraternity would not leave home without a three-button, natural shouldered jacket, with a six inch hooked back vent, a pair of pennyloafers and a button-down oxford cloth shirt with a narrow tie. These classics are the cat's whiskers, key pieces of clothing and accessories that define the Ivy Look. In the ensuing years the Ivy Look has spread beyond American shores to be adapted in France, Italy, the UK and Japan. The Ivy Look is as relevant today as it always was.

For me Ivy clothes are addictive. I got hooked the first time I saw them being worn by the pilgrims of modern jazz, these were the guys I worked alongside in the London-based art department of Marvel Comics in the 1960s. In the UK it was an insiders world of imported narrow-lapelled sharp ivy suits, narrow knitted ties and narrow haircuts. The soundtrack to this cool, detached world was invariably the music of Miles Davis, Gerry Mulligan, the MJQ and Jimmy Smith. This was a world I wanted into and like a sponge proceeded to soak up all it had to offer. I became obsessed with even the small details that made up the Ivy Look.

I met Yoshio Sadasue, the founder of Kamakura Shirts company and also one of the executives of the famous Van Clothing line back in the day, a few years ago on a trip to New York. It was to celebrate the opening of Kamakura's first store on Madison Avenue. In my humble opinion Kamakura Shirts now make the best button-downs to come out of Japan. We got talking and agreed that I would apply my purists take on the Ivy Look to create a 'Vintage Ivy' shirt collection for Kamakura Shirts.

The Vintage Ivy shirt collection is now in its seventh year so it's about time to share my obsession with Ivy style with the Kamakura online global community. For the next twenty-six months I will be celebrating everything Ivy - a kind of sartorial journey from A to Z. From Wall Street to your street - the correct shoes, shirts, jackets and hats, the ultimate Ivy look defined.

Often overlooked, accessories are essential and stylish additions that can make or break the Ivy Look...

B | Blazers, Brogues and Bow-ties

For me, when it comes down to the wire there are really only two tried and tested staples...

I own four cardigans, all in shades of navy blue. My oldest was a great investment about 20 years ago....

What originally started out as standard-issue military clothing has over the years evolved into some...

Formal evening wear such as the dinner suit (also known in America as a tuxedo) are often rented rather than...

Every member of the Ivy fraternity should have at least one field coat. That is a coat that can be layered over your...

Graham Marsh is an art director, illustrator and writer. He has written and art directed many ground-breaking visual books including "The Cover Art of Blue Note Records", volumes 1 and 2, "East Coasting and California Cool". He has co-authored and art directed "Denim: From Cowboys to Catwalks" and a series of books with Tony Nourm and on movie posters. More recent books are "The Ivy Look", "Hollywood and the Ivy Look", "Jazz Festival", "The Beat Scene", "French New Wave: A Revolution in Design" and a 50th Anniversary volume on Woodstock plus a book on the early years of Ronnie Scott’s Jazz Club. He is author and illustrator of a children’s book called "Max and the Lost Note". Marsh’s illustrations have appeared in magazines, newspapers and on many CD and album covers. He has contributed to numerous publications including "Country Life" and "Financial Times" 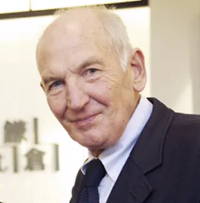