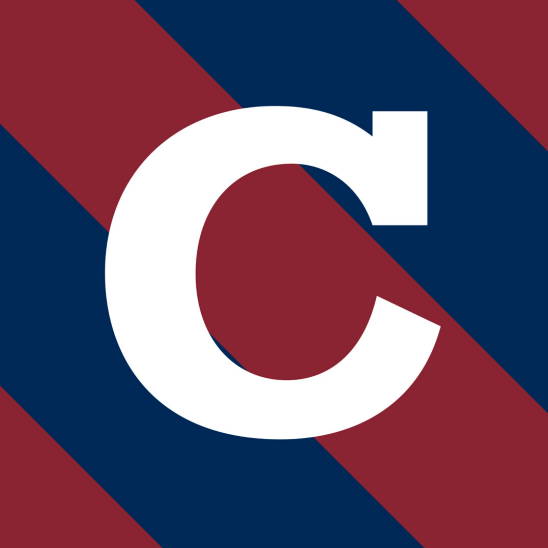 Be dapper as Dan and Hip as Harry

I own four cardigans, all in shades of navy blue. My oldest was a great investment about 20 years ago. Shawl collared, 3 ply cashmere, in the style of one worn by the French photographer Jacques- Henri Lartique (1894-1986). An alpaca one with bell sleeves, a thick rib lambswool with shawl collar and deep pockets, more of a jacket than a cardigan and also a favourite of Steve McQueen and President John F. Kennedy. The latest addition to my cardigan wardrobe was a V- neck classic my wife knitted for my birthday during lockdown. As for Chinos. I am forever searching for the perfect pair. I do not own a pair of regular sneakers but I do have a pair of fatigued black high top Converse. They are timeless and an Ivy classic. Most of my shirts are button-down or tab collars - but that’s my problem! Kamakura, as you may know, have many more traditional and formal styles. 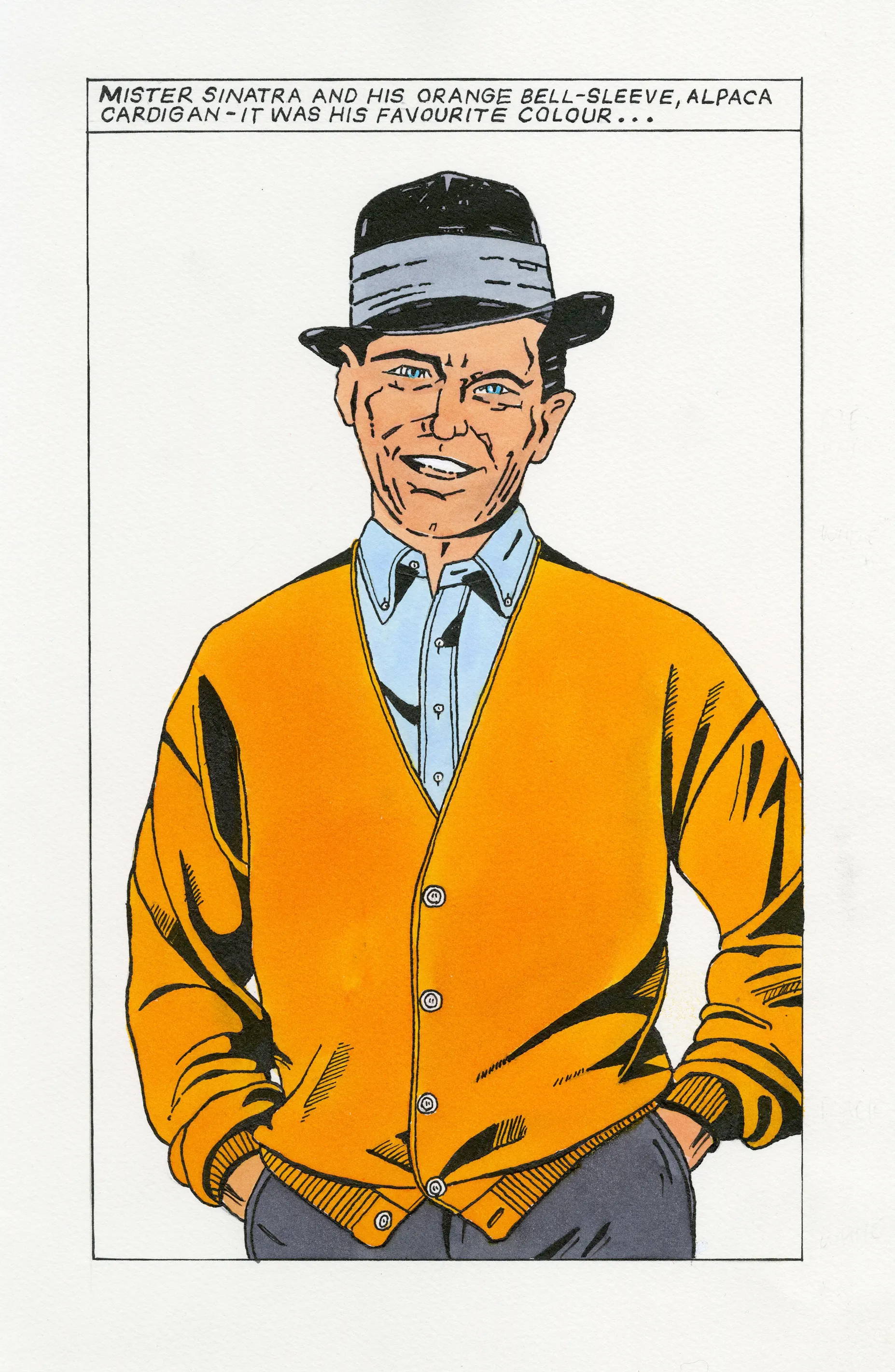 “Never wear anything that panics the cat.” P.J.O’Rourke

I blame it on Dick Van Dyke. My obsession with bell-sleeve alpaca cardigans started after seeing Mr. Van Dyke wearing one in an episode of his television series ‘The Dick Van Dyke Show’. The show ran from October 3 1961 through to June 1 1966, it was a solid visual celebration of the Ivy look. I tried, unsuccessfully to get one hand knitted but it did not work out. Eventually, over time I scored several of these distinctive, cool cardigans. They were by no means cheap. A famous London outfit called Harvie Hudson in Jermyn Street sold them in a mouthwatering array of colours ranging from pink to navy and every colour in-between. The only one I still own is navy blue which I bought from a long gone store in London’s Burlington Arcade called Lords, they also sold six-ply cashmere shawl collar cardigans, the ultimate in warmth and luxury - do not even ask the price!

Meanwhile, a few miles from Los Angeles, in the middle of the desert, Frank Sinatra’s sharkskin Ivy suits worn by his Rat Pack were exchanged for bell-sleeved cardigans as soon as the ring-a-ding-ding crew had finished their gigs at the Sands Hotel in Las Vegas - it was a thing among Hollywood’s hipster Ivy fraternity. Ironically, considering that cardigans of all shapes and styles were part of the Ivy League look in America, it was originally British. The cardigan was named after James Brudenell, Seventh Earl of Cardigan. He was the British Army Major General who led the charge of the Light Brigade at the Battle of Balaclava during the Crimean War. This event was immortalised in the poem by Alfred, Lord Tennyson. The cardigan was modeled after the knitted waistcoat the British officers supposedly wore as part of their uniform. This garment became popular after the war and was widely worn and copied in both Britain and America, indeed, many other countries worldwide adopted this comforting and useful item of clothing. Whether a cardigan is lightweight in cotton, wool or cashmere, chunky ribbed, fairisle, in sporting stripes or letters, it’s versatility and functional style has the stamp of approval from the Ivy wearing community.

When the conversation turns to the subject of trousers there is really only one style that has transcended the decades to become a veritable passport to the Ivy look and that is the khaki drill cotton chino. You can wear them loose and baggy, frayed and worn, with or without a crease, paired with sneakers, deck shoes or loafers. They look good with a Kamakura oxford cloth buttondown tucked in or shirt tails flapping in the breeze, walking along a beach on Martha’s Vinyard, Kamakura or Brighton depending on your travel budget. Khaki chinos were and still are eminently versatile. My favourites, if you can track them down are a pair of 1950s/60s standard issue US Army button-fly all cotton khakis - they do not come much better. Like the man said, ‘they’re so square they’re hip! One very important detail to remember - front pleats never appear on Ivy chinos, they are always flat front no matter what fashion pundits tell you plus khakis should be worn a little short. 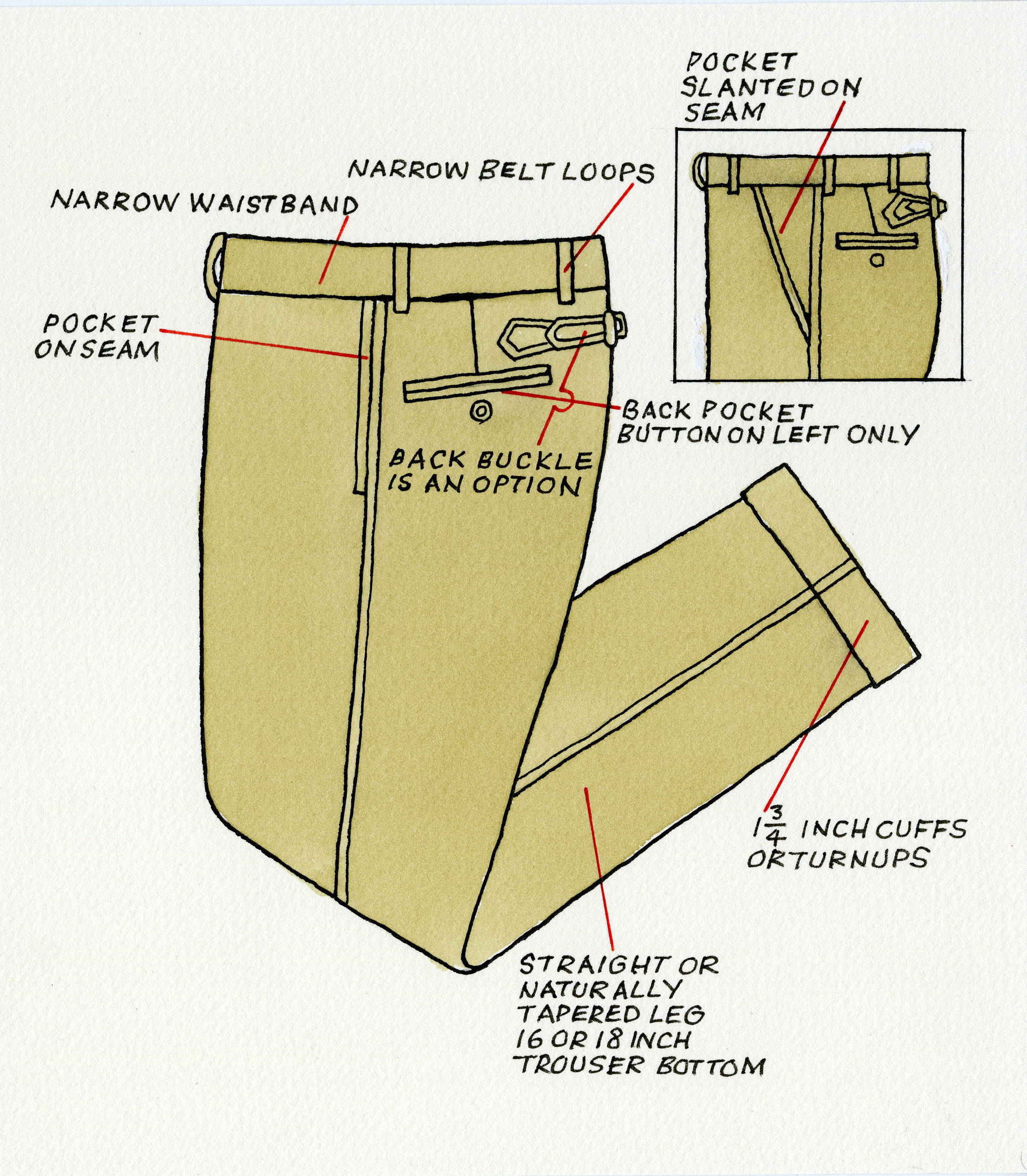 The Converse Rubber Shoe Company, founded in 1908 in Malden, Massachusetts is responsible for an All-American modern classic. Chuck Taylor’s Converse high-top basketball boots worn with a pair of well-worn khakis is a winning combination. Wear these rubber-soled canvas boots and know the meaning of low-tech Ivy cool. 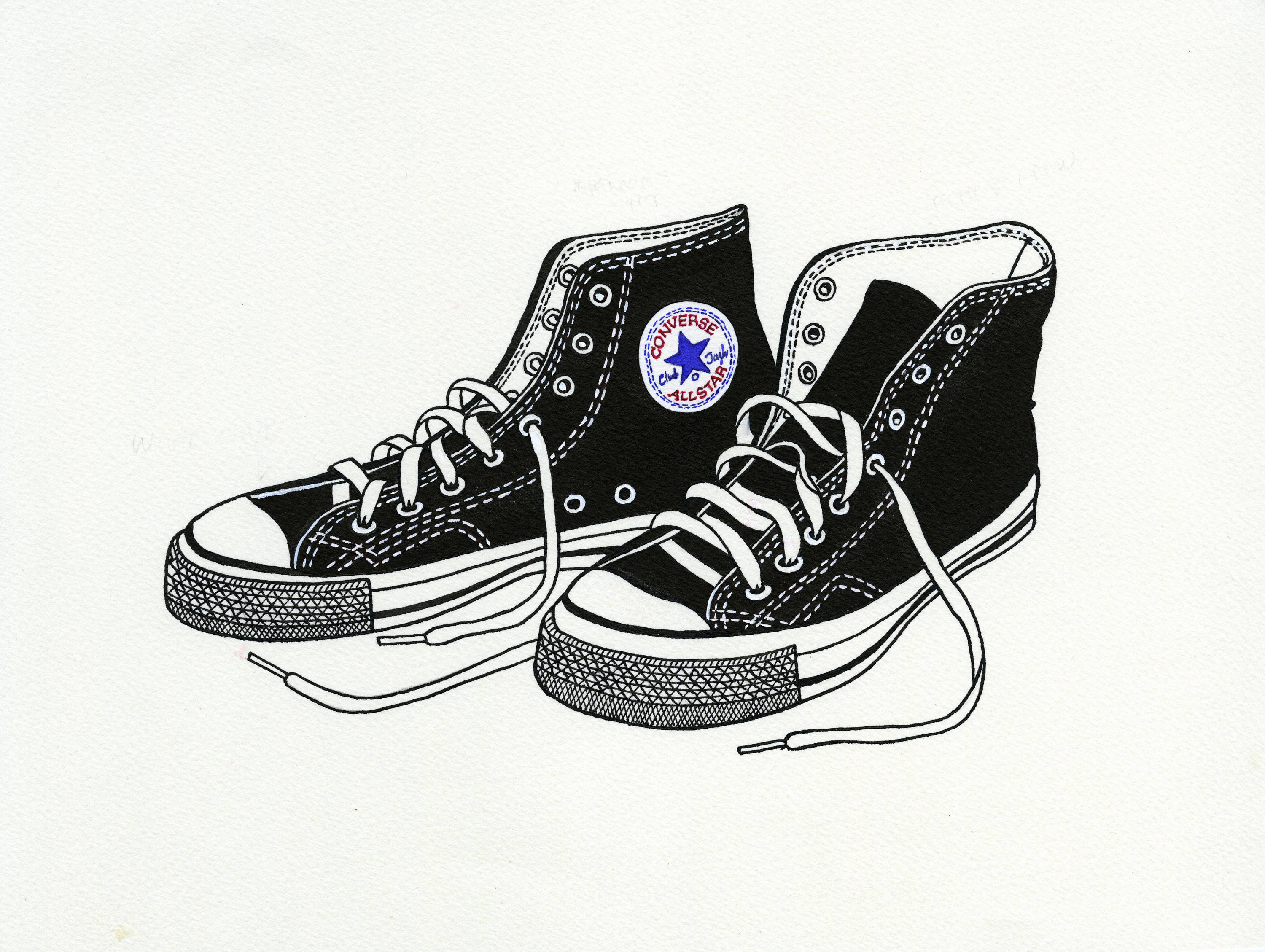 I’m sure you can probably get an argument about it, but it’s generally accepted that the button-down collar is the essence of the Ivy look and is without doubt the most comfortable shirt collar style. It perfectly compliments the natural shoulder suit and tweed, herringbone sports jacket. This shirt looks the business with a narrow knitted black silk tie or worn with the top button unfastened which accentuates the perfect roll of the collar. Although most of my Vintage Ivy shirt collection for Kamakura feature button-down and tab collar shirts Kamakura are well known, indeed, leaders in producing shirts with a wide variety of collar styles and exclusive fabrics. They understand the importance of the small details that make the difference. 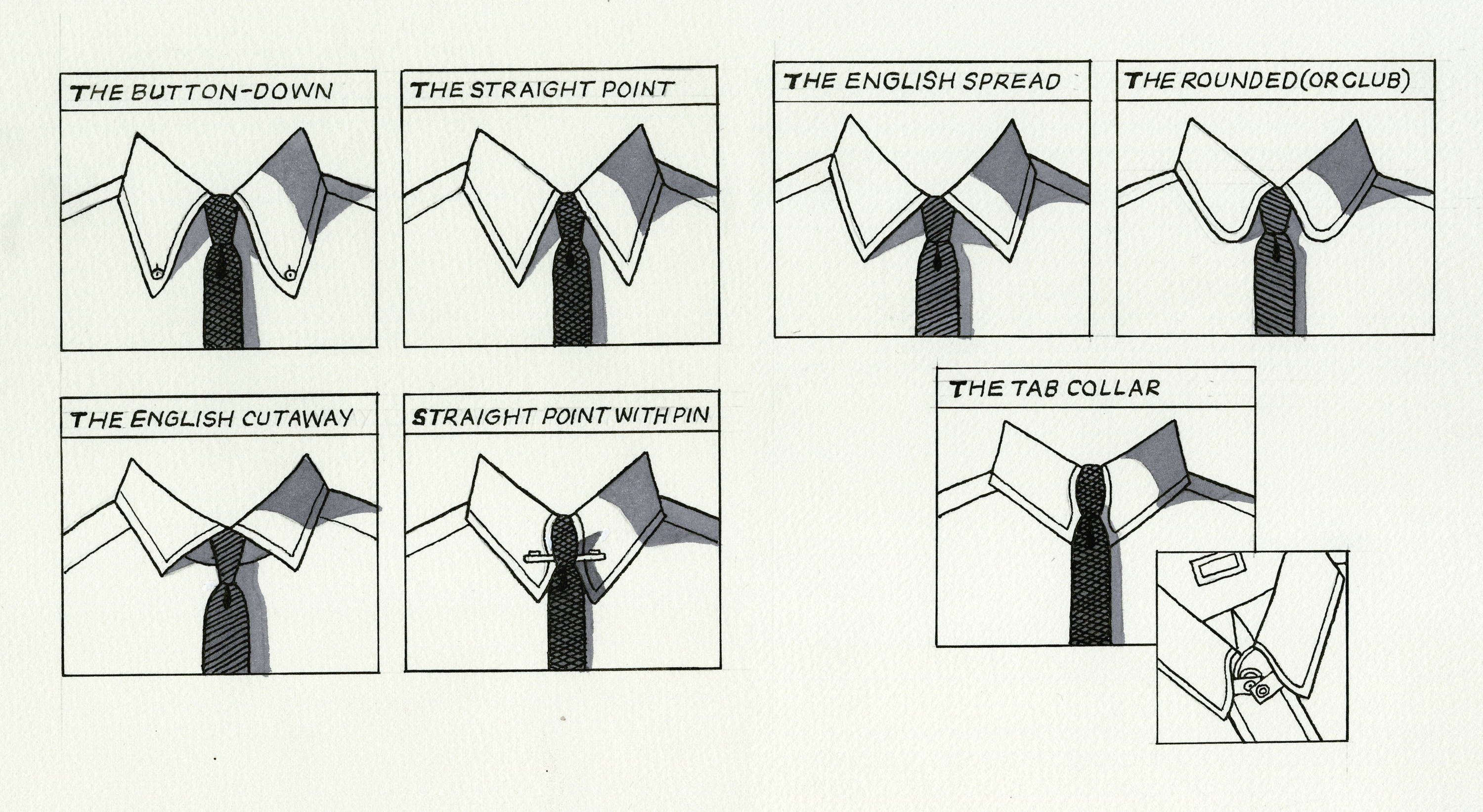 Next up is the letter D Duffle coat, Down filled Trail Vest and Denim.